The Institute for European and Global Studies Alliance Europa has launched in november 2020 a call to support French or foreign PhD students whose work is in line with the Institute’s 2020-2023 scientific priorities and who are attached to one of the Institute’s member laboratories.

An environmental grant of 4000€ has been awarded to the 4 winners of this call.

The period taken into account for the eligibility of the expenses is fixed from January 1, 2021 to November 30, 2022.

The allocated funds can be used to finance expenses directly related to the realization of the thesis. This grant will finance the following eligible expenses :

The 4 winners and their thesis projects are presented below.

Clotilde Duchenne is preparing a thesis on “The “migration crisis” of 2015 in North Rhine-Westphalia, towards a development of German “national identity”?” under the supervision of Gwénola Sébaux. 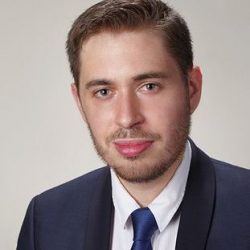 Florian Galleri is preparing a thesis on the European dimension of the nuclear deterrent after the Cold War (1991-2017) under the supervision of Jenny Raflik.

He is one of the winner of the 2020 call for applications “thesis scholarships” of the Alliance Europa Institute for European and Global Studies and as such benefits from financial support from the Institute until 2022.

Public summary of his thesis

The European dimension of the nuclear deterrent after the Cold War (1991-2017) is a subject of history rooted in two historiographic currents: on the one hand, the history of the present time from which it borrows transdisciplinarity, the diversity of sources. On the other hand, the history of nuclear power for its tradition of global and institutional history, which is kept within the framework of our thesis. Thus, we propose a study on the elaboration of the link between Europe and the French nuclear deterrent and the concretization of the latter. Thus, we have based ourselves on archives of the Ministry of Foreign Affairs and the Prime Minister, but also on open sources and testimonies of leading actors of the deterrent. This leads us to observe a European dimension debated under the presidency of François Mitterrand. Then affirmed and put into practice under the presidency of Jacques Chirac, to the point of creating a consensus around his vision of the Europeanness of deterrence. Finally, we will study the pursuit of the Chirac vision by Presidents Sarkozy and Holland. 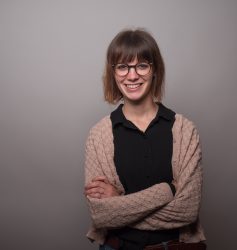 Louisa Guy is preparing a thesis on « Area of contradiction? French and German foreign policies in their engagement for peace » under the supervision of Anne Baillot and Hans Stark (Paris-Sorbonne).

« Area of contradiction? French and German foreign policies in their engagement for peace »

The European Union is not only a common market but above all a peace project. In research about international politics, the topic of security and defence often predominate the debate. This thesis aims to broaden the perspective by comparing the role of peace in the foreign policy of Germany and France.

France and Germany: Which kind of peacebuilding?
In the European Union, France and Germany are two major powers despite their differences, ambivalences, and internal difficulties. This research proposes a comparative approach in political science. We will test the hypothesis which claims that France uses military force while Germany uses civilian means in order to achieve peace. Furthermore, the project aims to analyse the consequences of these results for European policy concerning crisis management and peacekeeping systems.

The period in question
The work will focus on Angela Merkel's years of government, whose government has pursued a rather stable foreign policy and has seen four French presidents passing during her inauguration in 2005.

Linguistic analysis, case study and surveys: the methodologies
The intended methodology consists of a linguistic analysis, a case study, and semi-structured interviews. The linguistic analysis is based on the opening speeches of French and German ambassador conferences between 2006 and 2018 with the help of a text analysis software (the TXM textometry platform). The case study focuses on the conflicts in Mali, Ukraine and Libya. The aim is to analyse the role of France and Germany in these conflicts. Our qualitative analysis is based on surveys in the form of interviews with experts in the field of international relations in France and Germany.

Faced with a European Union in crisis, research on peace is more essential than ever. Analysing the policies of two of its founding countries contributes deeply to the understanding of the current European Union and its potential for the future. A comparison like the one targeted with this thesis not only fills a gap in research, but also shows the potentials of a field liberated through a transdisciplinary approach combining political science, comparativism and linguistic analysis. 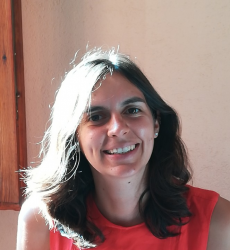 Elena Prat is preparing a thesis on emotions in reading under the supervision of Brigitte Ouvry-Vial.

This thesis focuses on emotions in reading, and explores their impact on the readers’ affective and cognitive development. My research process relies on a combination of quantitative and qualitative analysis.

The invention of reading is one of the greatest cultural and cognitives revolutions in human history. It is also a shared heritage of political and geographical Europe. Researching on reading practices (in Europe) appears to be particularly relevant in the 21th century, given that digitisation is changing dramatically the way individuals read and share their reading experiences. Moreover, the fast-paced developments taking place in the field of natural language understanding (NLU) and their implications for the development of AI lead us to look at the act of reading not only as a core source of information and knowledge, but also as a unique and invaluable emotional experience. Aware of all the dramatic current changes in reading practices, researchers in the field of the (digital) humanities, cognitive sciences and computer sciences are taking a growing interest into ordinary readers’ testimonies throughout the centuries.

An example of this current trend in reading studies is the European project READ-IT, which co-finances my PhD. READ-IT is led by a consortium of five academic partners in four countries (Czech Republic, France, the Netherlands, and the UK). The consortium, which gathers together scholars in the field of literary studies, digital humanities and computer sciences, conducts research on reading practices in Europe between the 18th and the 21st century, with the aim of observing changes and patterns of continuity in reading practices and reading habits across the centuries, as well creating a shared and multilingual digital library of European readers’ testimonies: in order to support research in this domaine, READ-IT is also developing an annotation tool for reading experiences, to be shared freely with other researchers and publishing professionals. The sources gathered and analysed by the consortium members are in 6 languages (Czech, English, French, German, Italian, and Russian) and include but are not limited to readers’ letters, material from in person and online book clubs and readers’ reviews and commentaries. Within READ-IT, my thesis focuses on the emotional aspects of readers’ experiences and offers a first conceptual model to measure and describe reading emotions. Therefore, my thesis bridges the field of reading studies in Europe with that of emotion studies, starting from two core arguments: on the one hand, emotions are a key component of most cognitive processes; on the other hand, reading is a social construct, which affects and is affected by cultural evolutions. Therefore, studying emotions, including reading emotions, means contributing to the research around the way in which people interact and shape their individual and collective identity.

My thesis project has two main features. The first one is the originality of the corpus upon which the conceptual model is constructed: the corpus consists of about 200 letters, selected among 25.000 letters of candidates to the popular jury of the French literary prize Prix du Livre Inter, written between 1970 and 2015. The letters have just been deposited at the Archives Nationales in Paris, but have never been explored before. The second core feature is that the discourse analysis approach to the study of the corpus is supported by TXM, an open-access software for textual analysis (http://textometrie.ens-lyon.fr/?lang=en). TXM will help me identify underlying patterns and trends in the letters, which would not necessarily stand out in a qualitative-only analysis.

In conclusion, this PhD project pursues multiple aims: firstly, I aim to participate in a collective action of analysis and distribution of a vast collection of reading testimonies, which might be of interest to specialists (researchs, teaches, publishing professionals) and the general audience; secondly, my project stresses the importance of researching reading practices and their impact on our emotional and cognitive development at a time in which the digital revolution changes the reading landscape dramatically; finally, I hope to offer to the academic community a valid case study of the limits and the potential of quantitative analysis in reading studies and, more broadly, in the humanities and social sciences.

We have split the program initially scheduled in Prague into 4 on-line events: June 18 – Training on power analysis July 19  – Keynote speech by Karen Macours (J-PAL Europe) and round table on Complementing experiments with other methods July 20-23  –  Two organized sessions during EAAE on-line conference September 10 – Workshop to present […]

The UACES Graduate Forum committee is please to invite submissions for the 2021 UACES Graduate Forum Research Conference. Paper and panel proposals are welcomed from PhD and Early-Career researchers worldwide, working in all areas of contemporary European Studies. This year’s conference will be held virtually from 17-18 June 2021. To present at the conference please submit your paper by 16 April 2021.