Many volunteers in clubs and associations all across Europe have already launched small projects and initiatives to help refugees, migrants and asylum-seekers integrating through football clubs. Many other would like to, but are unsure how to go about it

The FIRE Mooc aims to understand all the steps involved in setting up a project to include refugees through football. It is free, online and interactive.

The FIRE Mooc is open to all but particularly to:

The idea of this MOOC had been initiated during the workshop in Nantes co-organized by Alliance Europa and the think-tank Sport & Citizenship in October 2017, whose objectives were to reflect and analyze the role of sport in the reception and integration of migrant and refugee populations at a local level in Europe.

More information about the MOOC 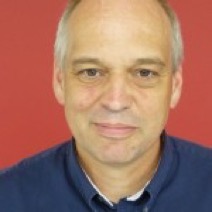 Albrecht Sonntag is a member of Alliance Europa. He is Professor of European Studies at the EU-Asia Institute of ESSCA Ecole de Management (Angers).

Albrecht Sonntag is at the origin of the Alliance Europa Multiblog and has led a workshop on “Blogging: Why and How?” for doctoral students.

He was also one of the organizers of the Colloquium on the impact of Brexit on the Loire region, and of the study day on the contribution of sport to the integration of migrants and refugees in Europe.

ESSCA equips students and managers for a successful and sustainable career while taking fully into account the human and social dimensions of a globalized world.

The third event of the Research Network ‘The role of Europe in global challenges: Climate change and Sustainable Development’ took place on June 13th and 14th, hosted by Prof. Thomas Hoerber at the EU-Asia Institute of ESSCA School of Management in Angers.