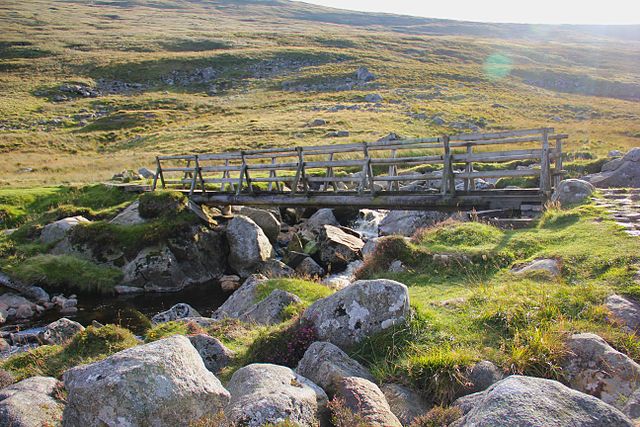 This project is supported by the Alliance Europa Institute for European and Global Studies from 2018 to 2021 as part of its “International Networks” call for proposals and applications. It aims to develop an international network of researchers on the theme of wilderness in Europe.

“An analysis of the sociospatial and cultural effects of new methods of promoting, protecting and managing wilderness in Europe. »

In 2014, the United States celebrated the 50th anniversary of the national strategy to protect the wilderness: the Wilderness Act. At the same time, on our continent, the conservation community is mobilising to define a “European wilderness”. The nature of this continent and its management have been formatted according to very different logics from those prevailing in North America.

However, the globalisation of environmental NGOs and conservation ideas seems to be contributing to the widespread use of the term ‘wilderness’ (Arnould and Glon, 2006). Activists and scientists generally refuse the word as synonym with the North American conception of nature management. In Europe, institutional nature protection is more favourable to a heritage approach, meant to preserve the biodiversity associated with inherited agroecosystems, with variously ancient and/or active production mechanisms. This classic heritage management is increasingly challenged by other approaches promoting the free evolution of nature and its wilderness character. At international level, these ideas are being examined at the junction of radical ecology and conservation biology, in particular around the notion of ‘rewilding’ (Soulé and Noss, 1998; Fraser, 2009; Taylor, 2011). In the European context, rewilding and, as a complement, the free evolution of nature are also explored as alternatives to heritage conservation management. Thus, following D. Terrasson (1988), J.-C. Génot and A. Schnitzler (2012) and G. Monbiot (2013) question the professional sphere of nature management by publishing incisive works that denounce interventionist excesses. The principles of non-intervention, rewilding and the construction of a positive wilderness culture are promoted by a protean but increasingly structured movement, supported by a very active network of NGOs, ecotourism companies, protected area managers and scientists. This deeply committed movement has started to influence European law, as evidenced by the adoption in Parliament of the resolution on wilderness in 2009.

One of the first applications of this resolution is to reconsider how to manage the Natura 2000 core zones. The principle of non-intervention could be put into practice in those areas. Preservationist claims also appear in a context of risks for large European areas of high ecological value, in particular in peripheral parts of Europe where large, sparsely-populated areas, more or less marked by agricultural decline, are coveted by mining or forestry projects. More recently vacated land may also be of interest to agro-industrial investors. WILD-Europe aims at analysing the contemporary movement of recognition, valorisation and protection of wilderness in Europe, based on an interdisciplinary approach in Social and Human Sciences (social and cultural geography, anthropology). Its objective is to study the socio-spatial and cultural consequences of a new model of nature management in Europe.

Lecturer in geography, member of the ESO-University of Le Mans laboratory

– The relations between societies and their natural environment, particularly on the coasts of mainland France and overseas (French Guiana, Guadeloupe), the Mediterranean (Algeria) and Canada.

– The social geography of governance and the analysis of representations of nature and the dissemination of naturalist and scientific knowledge.

Vincent Andreu-Boussut is developing the WILD EUROPE network, with the support of Alliance Europa.

ESO – Espaces et Sociétés has nine CNRS researchers, nearly 120 teacher-researchers, 16 ITAs and about 130 PhD students. It has grown from a geography unit of Western France to a multidisciplinary unit based in Western France but open to a variety of fields. It brings together geographers, planners and researchers from other disciplines (sociology, environmental psychology, info-com, architecture and urban planning) located on 5 sites, including Nantes, Angers and Le Mans.

The scientific objective is to contribute to the apprehension and understanding of the spatial dimension of societies.