This project was selected as part of the Research Call for projects of the Alliance Europa Institute for European and Global Studies and is supported for 5 years (from September 2017 to September 2022).

Who welcomes whom and how, in the current context of European upheaval in the face of the globalisation of refugee flows?

The Europeanisation of asylum policies has been little studied outside the field of political science, even though the history, geography or sociology of the reception of refugees has been examined at the national level by various specialists. ARRECO intends to develop two axes.

First, the question of categorisation: the aim is to analyse the diversification of the people involved in the reception of refugees, from the local to the European scale. In the field, private (individual volunteers, associations, but also companies) and public (local authorities, elected representatives) actors help compensate for the shortcomings or failures of the Member States and the European Union. They also implement decisions taken in Brussels, a long way from the places of arrival and reception of refugees. However, reception policies are probably conditioned by the legal categorisation of the people received, between political refugees and economic migrants: war refugees, particularly vulnerable groups (children, isolated women, sick people), or even climate refugees. It is essential to examine the identity of these refugees. Particular attention will be paid to the effects, at national level, of the Europeanisation and internationalisation processes of asylum policies. A comparison between European States and with other non-European States will also highlight national specificities regarding categorisation.

This first research theme aims to analyse the categorisation of:

- those welcomed: which foreigners, which legal regimes?

- local receivers: what are the respective roles of associations, companies, local authorities, etc.?

- places of reception: camps, detention centres, asylum reception centres, information and support centres, other accommodation. What are the solutions? Is it always an emergency?

- the rights of refugees: what are their rights once they arrive in Europe? Particular emphasis will be placed on the conditions of health reception of refugees: does the refugees’ right to health really exist?

Secondly, the question of operationalisation : how does Europe influence the traditional ways of receiving populations seeking asylum? Both the European Union and the Council of Europe were designed to determine common legal rules, not to act on their own. However, a process of operationalisation of the European Union seems to be under way, which questions the reciprocal relations between the local and the global level: how can they be articulated in the process of settling refugees? The aim is, on the one hand, to understand the current conditions of access to European territory for asylum seekers at a time of reinforced European border control and, on the other hand, to examine the obstacles to the free movement of refugees in Europe and their consequences. The former aspect is illustrated by the creation of the European Corps of Border Guards, which succeeded to Frontex in October 2016; the latter focuses on the current relocation and resettlement processes, the determination and implementation of which seem extremely confused. Between Schengen, Dublin, Lampedusa and Calais, where do the refugees go, according to which decision-making process, and with which reception arrangements? The question of refugee camps or hotspots has been little studied. However, the European Union has recently acquired new operational competences here, and not only normative ones.

- at local level: how is the reception of refugees carried out in the Loire region, and in other French and foreign regions?

- at national level: what are the States doing? Is dialogue sufficient and effective?

- at European level: what is the role of the European Union in relocation and resettlement mechanisms? Can it simply delegate the management of refugee flows to third countries?

- at international level: since September 2016, the UN has apparently been more concerned about the situation of refugees in Europe and in the world: what is it doing? 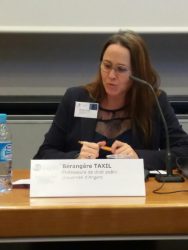 Professor of Public International Law at the Jean Bodin Centre, University of Angers

Bérangère Taxil was coordinator of Alliance Europa’s Reaseach Axis 3, “Europe in the world”, she co-directs the ARRECO project on the reception of refugees in Europe and is currently supervising several doctoral theses on the subject.

A Professor of public law at the University of Angers, she is also co-director of the Master 2 in international and European law and organised the Charles Rousseau Moot Court competition in Angers in 2018. 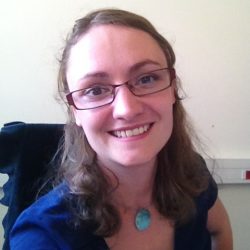 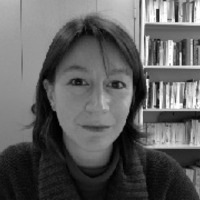 Lecturer in sociology, at the CENS at the University of Nantes, specialist in immigration policies.

Estelle d’Halluin is a lecturer in sociology at the University of Nantes. Since the 2000s, she has been carrying out research on immigration policies, combining the political sociology of law, health and mobilisation. Her empirical approach is based on archive analysis, interviews and ethnography. She is currently involved in several research programmes on asylum policies. She is a member of the ARRECO project and the EFAA programme “Exploring the frames of altruistic action. A comparative analysis of volunteers’ engagement in British and French pro-asylum charities”, funded by ESRC.

Estelle is a member of the ARRECO project (The reception and resettlement of refugees in Europe: categorisation and operationalisation) and is in charge of the pedagogical aspects of in-service training (“Asylum seekers, refugees, migrants: what kind of reception?) »

Since 2004, the Nantes Centre for Sociology has been the only laboratory within the Sociology UFR of the University of Nantes. It is also the only sociology laboratory located in the Académie de Nantes and in the Loire region. It includes teacher-researchers from institutions other than the UFR of sociology: UFR STAPS, Catholic University of Angers, Ecole des Mines, IUT and ESPE of Nantes; it now has more than a hundred EC and PhD students: 7 professors (including 1 emeritus), 29 MCF (including 5 HDR), 34 PhD students, 40 associate researchers or young doctors. 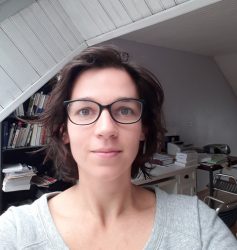 PhD student in international law at the Jean Bodin Centre, University of Angers

The subject of her thesis in international law is “The reception of refugees in Europe: a comparative study of legal systems”, under the supervision of Bérangère Taxil (Jean Bodin Centre, University of Angers) and Estelle d’Halluin (CENS, University of Nantes) as part of the ARRECO project supported by Alliance Europa.