Fabrice Micallef, Senior Lecturer in Modern History at the University of Nantes and member of the CRHIA, is developing this project from 2018 to 2021, with the support of the Alliance Europa Institute for European and Global Studies.

Early modern Europe was characterised by a recurrent political phenomenon which, though widespread, has not been the subject of cross-country historical studies: political or religious rebels tended to seek the support of foreign powers. Sometimes they sought refuge in neighbouring states, where, as exiles, they plotted against the “tyrannical” sovereign of their native land, trying to drag their welcoming country into their projects. In many cases, too, the rebels remained in their home countries but sent agents to foreign courts, in order to beg neighbouring princes to help them by sending money or troops. Such involvement, which was common from the Italian wars to the so-called “absolutist” period, propelled the rebels onto the international scene. The rulers of the time could wonder about the legitimacy of engaging in dialogue with these foreign rebels, and the means to implement in order to encourage or repress their actions. On their side, the rebels had to devise the cultural, legal and moral framework to justify the appeal to foreign powers.

By studying all these practices on a cross-European scale, one may explore a little-known aspect of the political order in the 16th and 17th centuries, shedding light on the part played by revolts in the construction of sovereignties and identities and in the structuring of international relations. 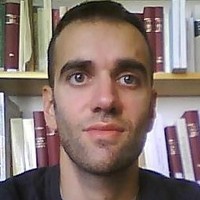 Lecturer in modern history, member of the CRHIA laboratory of the University of Nantes.

Fabrice Micallef is developing the project “Rebels in international relations. A Diplomatic, Legal and Moral Problem in 16th- and 17th-century Europe”, supported by Alliance Europa.