This project was selected in the 2016 call for innovative projects and was supported by the European Idea Factory until 2020.

Through which processes does creation emerge from crises?

What responses can it bring us in troubled situations?

What methods can it inspire in order to better tackle crises?

Here are some questions to which the Creation & Crisis project wishes to provide answers by bringing together different scientific, artistic and pedagogical approaches, based on artistic creations in the fields of literature and the performing arts. In this context, artistic creation as well as scientific research are conceived as means of appropriating reality that can feed or enrich each other.

By definition, the word "crisis" refers to a situation of disorder, due to a more or less violent disruption (of the balance of power, or of regimes, states, companies, etc.), with a decisive outcome for individuals or society. In the economic context, one speaks of dysfunctions, often characterised by overproduction or depression, unemployment and, in the capitalist economy, a collapse of stock market prices. Those latter phrases are those which European citizens hear most frequently.

Voted Word of the Year 2008 by the Society for the German Language (GfdS), the "financial crisis" seems to haunt them like a ghost. While it is regularly put forward as an argument for austerity policy, it has turned into a "general crisis" in the eyes of many. The employment crisis in France, the energy crisis, the debt crisis in the eurozone, the crisis of governance in the EU, which is undeniably linked to it, the Syrian crisis, the Ukrainian crisis, the great migration crisis or the crisis caused by terrorist acts – each of these troubled situations seems to hide another, so much that a state of crisis has become the norm.

Apart from the word being constantly used in the media, we also encounter this notion of "crisis" in the theatre. It is nothing more than the crux of dramatic action, characterised by an intense conflict between passions that must lead to the denouement. Practically from its very beginnings, the theatre, this double of life, has therefore made people see and hear how crises function. Moreover, it can overcome crises, at least within the experimental framework of staging. Given this intimate link, it seems essential to think about crises from a theatrical point of view, using the tools of theatre and the performing arts, to think about theatre from the point of view of crises, and above all to act through the means of acting.

The Faculty of Foreign Languages and Cultures has been an integral part of the Humanities and Social Sciences campus in Nantes since 1996. This component, one of the most important of the University (3000 students on average each year), is a rich and diverse community, as illustrated by its twofold structure (Foreign Languages, Literature and Cultures/Applied Foreign Languages) and its seven departments (Arabic, English, German, Spanish, Italian, Portuguese, and Slavic and Oriental languages – Russian, Chinese, Japanese).

The Faculty of Foreign Languages and Cultures has an international dimension (through numerous collaborations with foreign universities) and is open to the cultural life of the city (music festivals, theatre, video, cinema, exhibitions, etc.).

Emeritus Professor of Germanic Studies at the Faculty of Foreign Languages and Cultures of the University of Nantes.

He is codirector of the “Creation & Crisis” project, supported by Alliance Europa.

Lecturer in Germanic Studies. Responsible for the trinational APC Master’s degree, accredited by the UFA.

– Deputy Director of the Department of Germanic Studies;

– Head of the APC Trinational Master’s Degree, accredited by the UFA

– Responsible for Erasmus exchanges with Graz and Düsseldorf (MCCI/APC)

Student association dedicated to the art of theatre in various languages

ACTE is a student association dedicated to the art of theatre in various languages (German, English, French, Spanish). Supported by the Faculty of Foreign Languages and Cultures of the University of Nantes, ACTE encourages cultural activities linking language teaching and the practice of amateur and professional theatre.

The Atlantic Centre for Philosophy (EA2163) brings together the research carried out by the teachers of the Department of Philosophy at the University of Nantes, as well as associated researchers. This research falls under three main headings: the history of philosophy, analytical philosophy, hermeneutics and aesthetics.

The Nantes Centre for Educational Research (CREN EA2661) is the educational research laboratory of the University of Nantes. It is based on different components: the UFR Lettres et Langues, the ESPE des Pays de la Loire and the Faculty of Psychology. It also includes researchers from the University of Maine. Being approved as a welcoming team by the Ministry of Higher Education and Research in 1995, it was awarded the A label by the Research Evaluation Agency.

Nantes’ national theatre is a space of artistic exploration, cultural effervescence and conviviality that mixes genres, cultures and audiences. Its credo: a spirit of curiosity in the various fields of art (the visual arts, theatre, dance, circus, music, but also literature, philosophy, architecture and human sciences.) “Le lieu unique” is a meeting ground: alongside spaces dedicated to creation, it also houses a range of services: a bar, a restaurant, a bookshop, a Turkish bath, a crèche… 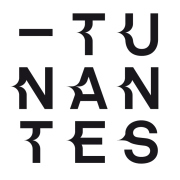 TU-Nantes is a subsidised performance space situated on the Nantes campus. A real player in the cultural and artistic attraction of the Nantes Metropolis, halfway between the University campus and the Northern district of the town, the TU was founded in 1994 as a place for art, for research and creation, for meeting and discovery, for the confrontation of ideas and thinking in motion. A space to create, work, act, invent, innovate, think and share. A place of first times for young artistic teams, students and project leaders, and spectators. Each year, this theatre specialising in contemporary creation and research offers a high-quality professional programme combining drama and dance, resolutely oriented towards the presentation of young companies, multifaceted projects, contemporary and committed forms as well as the first projects of emerging artistic teams, cultural actions focused on discovery and special event to gather energies and audiences. Its main missions are to favour the experience of art and creation, to transmit and to share different visions of the world.

Étrange Miroir is a Nantes-based collective created in 2011, whose philosophy is to experiment with new artistic and documentary forms, as in laboratory.

In its creative practice, the collective mixes musical, visual, literary or documentary universes, so as to engage and provoke social and citizen reflection. Its various achievements seek to build bridges between research, activism and the artistic world, with a double ambition: maintaining high standards on the creative and scientific levels.

The "Creation & Crisis" project aimed to break down the methodological barriers between the academic and artistic worlds, in order to question the relationship between research and creation, to bring artistic practices and methods into teaching, and thus suggest new ways of addressing today’s political issues, marked by a normalisation or levelling of the concept of "crisis" (European, financial, migratory, ecological, etc.).

From 2016 to 2020, the "Creation & Crisis" project functioned as an umbrella for different forms of experimentation, cooperation and exchange between academics, artists and citizens. In 2016/17, several workshops were organised around the issue of "Migration" which echoed to the research themes of the guest artist-researcher Maxi Obexer. His residency gave rise to several types of exchange (workshops, lectures, reading) with different audiences (academics, students, associations, citizens). In 2017/18, we pursued our quest by questioning the different conceptions of Europe through 2 research-creation workshops under the direction of the "Etrange miroir" company, a German-language theatre workshop dedicated to the work of Konstantin Küspert (guest artist), a bilingual stage reading and an international conference entitled "Europe as a Stage - Europe on Stage". The year 2018/19 was marked by the preparation of the proceedings of the conference, whose publications had to be postponed until Spring 2020, for various reasons.