This project ended in 2018 but reflection is continuing within the TEN-Europa Chair held by Arnauld Leclerc.

Developing theoretical reflection and encouraging an exchange on European issues – such is the mission of the Chair of European Philosophy at the University of Nantes. Under the direction of its holder, Jean-Marc Ferry, it aims to promote a better understanding of the European project, its challenges, its founding principles and its difficulties. The Chair of European Philosophy was founded in 2011 by the University of Nantes, the Regional Council of Pays de la Loire and Nantes-Métropole, and has been part of the Alliance Europa project since its launch in 2015. Its aim was to ensure academic visibility and transdisciplinary collaboration about Europe. Beyond its research mission, the Chair has animated public spaces at local, national and international level by gathering civil society actors, and has also provided support for the Europeanization of training within the University of Nantes. It is therefore a place for reflection and debate for researchers, students and the general public. 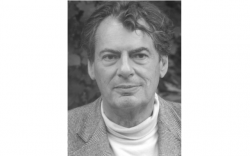 Jean-Marc Ferry has held the Chair of Philosophy of Europe at the University of Nantes at the Maison des Sciences de l’Homme de Nantes since its foundation in 2011. He is Honorary Professor of Political Science and Moral Philosophy at the Université libre de Bruxelles, Doctor honoris causa of the University of Lausanne (2000) and of the Université Saint-Louis de Bruxelles (2017), and a former scholarship holder of the Alexander von Humboldt Foundation (Bonn). He is a member, among others, of the Jean Monnet Foundation, the Spinelli Group for Europe, and the European Observatory of University Policies. Jean-Marc Ferry is Commander of the Order of Leopold and Grand Officer of the Order of Leopold II (Belgium), Gold Medal of the Academy of Agriculture of Paris. In 1995, the French Academy awarded him the Prix La Bruyère for the body of his work. His work has been awarded twice by the Institut de France: La Bruyère Prize of the French Academy, in Philosophy, Morality, Sociology, “for the body of his work” (1995); Louis Marin Prize of the Academy of Moral and Political Sciences, for his book The Question of the European State (2001).

To date, he has published some thirty books, some two hundred and fifty journal articles, chapters in collective works, interviews and expert reports, many of which deal with European issues.

He is also a promoter of the concept of Universal Allowance. 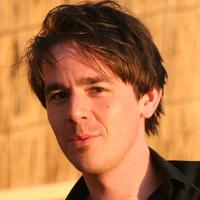 Lecturer in political science at the University of Nantes. Member of the Centre for Political Theory, Université libre de Bruxelles.

Tristan Storme studied at the ULB in Brussels. He is a specialist in political theory applied to Europe. His work focuses in particular on the articulation of the political and the religious in Europe, on the reuse of concepts from Carl Schmitt by many intellectuals in the debate on Europe. He is the author of Carl Schmitt et le marcionisme. L’impossibilité théologico-politique d’un œcuménisme judéo-chrétien, published by Éditions du Cerf in 2008 and L’actualité du Tractatus de Spinoza et la question théologico-politique, co-directed with Quentin Landenne in 2014. 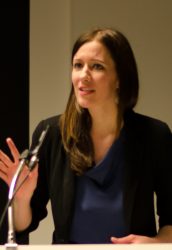 At the Law and Social Change Laboratory of the Doctoral School of Law, Economics-Management, Societies, Territories, Daniela Heimpel is preparing a thesis entitled “Teaching Europe? Challenges, potential and limits of an education for European citizenship” under the co-supervision of Arnauld Leclerc and Jean-Marc Ferry for the University of Nantes and Magdalena Dembinska for the University of Montreal (scholarship from the Friedrich Ebert Stiftung, Germany).

Since 2015, Daniela Heimpel has been part of the team of the Chair of European Philosophy, where she was an assistant before becoming an associate for her research on European citizenship and the functioning of the European public space. Since September 2017, she is a visiting student at the European University Institute, Department of Political and Social Sciences, Italy, under the supervision of Professor Rainer Bauböck.

The Chair organized international colloquia dedicated to each year’s key notion. In 2015-2016, the focus was on "Public/private: towards a new sharing in Europe". The following year, the theme of the conference was "Europe. Questioning public/private sharing" and it took place on Thursday 23 and Friday 24 March 2017 at the Maison des Sciences de l'Homme in Nantes.

To discover the previous themes, see the archive.

The Chair also organized the Grand Seminar (Kolloquium). This was a series of monthly conferences aimed at delving deeper into a specific theme, inviting researchers to present their interpretation and submitting it to in-depth discussion by an informed and interested public. "Europe. Why bother?" was the title of the 2017-2018 Grand Seminar. Each session was devoted to the discussion of a text, in the presence of two speakers: an established researcher presented one of his works, and a doctoral student, post-doctoral student or young doctor commented and launched the debate with the public.

The Chair of European Philosophy is a project on a European scale, and throughout its activity since 2011, the Chair has endeavoured to develop its international dimension and interdisciplinarity and to build partnerships with other political and intellectual actors specializing in European issues. Thus, through regular conferences, symposia, and seminars, the repeated external interventions of Professors Arnauld Leclerc and Jean-Marc Ferry, and the invitation of numerous speakers from a wide variety of backgrounds, the Chair has acquired, over these few years of activity, significant academic visibility and recognition.

Round-table discussions, seminars, and conference-debates, at the invitation of various associations or political and social actors more generally, have thus provided an opportunity to promote research and enriching exchanges with local, national and international civil, political and administrative society.